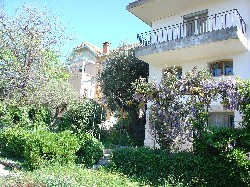 The music conservatory of Vence is an E.M.M.A. Municipal school of music accredited by the Ministry of culture.

It was founded in 1976 commencing with only theory classes for the young.

In 1978 the first instrument classes were introduced and the classes were given in the premises of the Emile Huges foundation.

In 1985 the management of the establishment was appointed to three professors, one of whom is the current director, Stéphan Bergeon, they developed the disciplines starting out with seven and totalling twenty five today, each were accredited by the ministry of culture in 1994.

That same year, the Conservatory of Vence became the twin school of Ottorino Respighi in San Remo Italy, a first of its kind in Europe which has allowed for regular exchanges between our two countries.