In accordance with the Law of 1st August 2003 concerning the orientation and programming of social issues, the State has proceeded to elaborate further measures within the Urban Scheme framework. 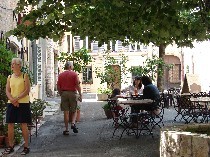 **The CUCS constitutes a new generation of schemes established between the State and local Town Councils.

Being well aware of the issues at stake in the development of urban, social and economic policies, Vence has invested its’ interests in these strong partnership measures concerning town Policies.

A preliminary concept has been put forward, supervised by the Centre de Ressource pour la Politique de la Ville en PACA (the Regional Resources Centre for Municipal Policies) and developed in a participative manner with the elected delegates of the Town of Vence, the Municipal experts, the Centre Communal d’Action Sociale (Communal Centre of Social Policies) and various other interested associations, as well as the Town cultural services….

The Contrat Urbain de Cohésion Sociale (Urban Social Scheme) for Vence aims at implementing a consolidated intervention policy dealing with social matters located in the town centre, with the objective of improving the quality of life of the inhabitants. 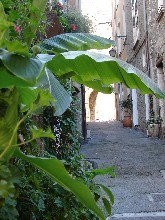 The Contrat Urbain de Cohésion Sociale (Urban Social Cohesion Contract) covering the period 2007-2009, has been elaborated around a Plan, based on five main interventionist themes :

For each Plan of Action, strategic aims have been established to enable the future objectives to be met.
These initiatives should be in place by the end of the first half of this year.

The Plan of Action will be presented to a Project Management Team, made up of decision-making signatories officially designated to handle the Scheme, for eventual ratification.

This Team, will be responsible for the on-going management of all operational and financial aspects of the various projects put forward within the Scheme. 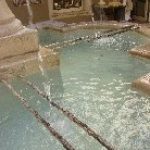