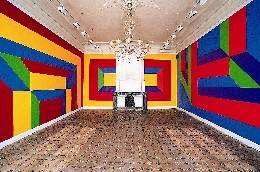 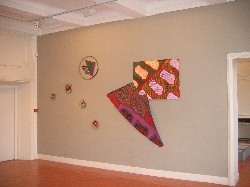 ***A patrimony enriched by ten years of donations and close collaboration.

If Vence succeeded in seducing and inspiring the greatest artists of the 20th century, they have certainly given most generously in return.
Vence scenes, familiar landscapes, elements of our patrimony, well known figures … bedeck picture rails the world over and are displayed in the most famous contemporary art museums.
Contemporary artists to whom Vence is currently paying a new tribute.
Ten years of donations which have come to fruition thanks to ambitious cultural policies…
The acquisition of an art collection is often the result of personal taste, irresistible desire to possess, deep reflection, a moment’s madness and above all, generosity.
In Vence, history itself, has passed on the first of the town’s precious collections, through the Gallo-Roman remains, engraved stones, ancient liturgical objects, relics and Calvary statuary.… 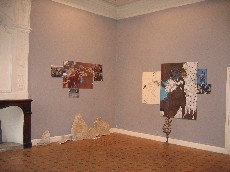 In more recent times, a legacy of the modern art period, comes from the ultimate work by Matisse: the Chapelle du Rosaire, quite apart from his preliminary drawings, religious ornaments and all the liturgical objects painstakingly designed by the Master artist himself.

The opening of the Château de Villeneuve / Emile Hugues Foundation in 1992 also marked the embracing of contemporary art by the town and its importance in recent local history.

The burgeoning of a great collection and a considerable amount of donations, as well as much generosity shown towards the town, which is proud to have housed such famous names as, Dufy, Chagall, Matisse, Dubuffet, Malaval, Gombrowicz, Arman, Blais… as well as many other artists and writers.

Gradually, works by Matisse and other well known artists have been acquired by the Town Council, as a result of ambitious cultural policies.
Today, the Vence contemporary art collection numbers almost one hundred works, without counting various acquisitions by the Art, Culture and Patrimony Association, and the trusts and loans regularly conceded by museums, galleries, artists and prestigious collectors.
Several curators from other museums, have already approached Vence concerning the possibility of having certain works from the collection on loan.

The time has come to pay tribute to the generous donors who, by their gesture, amplify the local cultural activity and in particular, the museum sector in Vence.

The presentation of donations given over the period between 1998 and 2008, makes up the main theme of the exhibition this Autumn-Winter 2008/2009, where visitors can appreciate these works, which are now the proud possessions of the contemporary art collection of Vence.

38 engraved works and lithographs created during his during his period in Vence were bequeathed to the Town Council of Vence, last october.